With the much anticipated recent release of Windows 10 comes a number of concerns for digital forensic examiners.  Full disclosure, I’m an Apple guy.  I like Apple products very much and wish I could do all of my forensic work on OSx, but that’s not realistic, so I do the next best thing and run Boot Camp on my Macs and use Windows 7 as my primary operating system when performing digital forensic examinations (except when using tools such as Lantern and Recon).  But now I have the ever-present “you should upgrade” notification on the bottom-right of my screen every time I boot up.  No, Microsoft, I will not upgrade, not for a long, long time.  Here’s why… 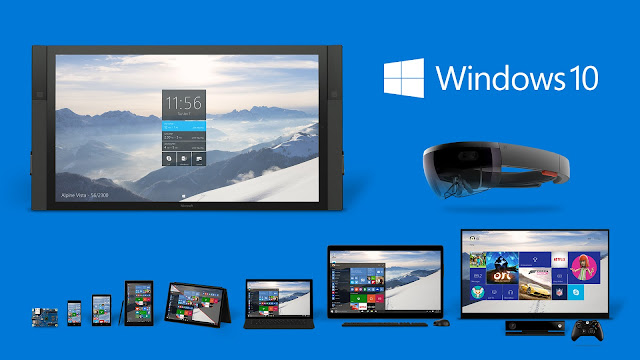 As a bit of a history lesson, when I attended the SCERS course, Windows 7 was still new.  Because of that, we installed a full version of Windows XP on the forensic systems we built in the course.  Why?  First, Windows Vista was an abhorrent operating system.  Second, Windows XP was the most stable operating system available for running forensic tools and conducting forensic analysis with those tools.  We had little or no compatibility problems with EnCase, FTK and the other freeware we installed on the systems.  This taught me a valuable lesson about building forensic computer systems – go with what works!

I think it’s safe to say most digital forensic professionals are also (at least partially) tech geeks and gadget folks.  We like new tech stuff.  We like to play with it and test it and put it through its paces.  To some degree, most software development companies (Apple and Microsoft included) use this quality in users of their newer products to conduct de-facto beta testing.  Yes, you can get beta and/or developer versions of software early, but the feedback provided by that small percentage of users is not as universal as rolling out an operating system on the open market.  By doing that, the software companies get millions of tests in thousands of different environments, making it the best beta test on the market.  They then use these “tests” to update and re-vamp the software.  But there are some truisms about stability and best practices with regard to constructing digital forensic systems that should not be overlooked when seeking to upgrade to the newest operating system.

First, you will have compatibility problems.  By virtue of the fact that Windows 10 is a new operating system with nuances that are not fully realized yet by the forensic community, you will have some compatibility problems.  Add into the mix that digital forensics is a relatively small community and users of digital forensic software on a Windows platform aren’t exactly the target demographic for Microsoft research and development, along with the law of averages dictate that digital forensics won’t be much of a consideration for Microsoft when constructing their operating system(s).  Sorry friends, we’re not that important to the tech giants.

The second issue is stability.  Like I said before, Windows XP was the most stable operating system at the time I attended SCERS at FLETC in 2010, so that’s what we installed on the forensic systems.  It wasn’t until 2 years later when I attended BCERT at the National Computer Forensic Institute that Windows 7 was deemed stable enough to run most digital forensic software we were provided.  Think about the first-run of any product on the consumer market.  From iPhones to Android phones to computers to cars, the first-run of any product is subject to instability, tweaks, modifications and updates.  It can often take years to work the bugs out of any system and even after all that time, it can still be deemed garbage (i.e., Windows Vista).  The stability of any system is vital to the successful operation of digital forensic tools on that system.

Some other considerations include functionality, system requirements and validation of the software platform on which you’re using your forensic tools.  At the very least, if you are looking to install Windows 10 on a forensic machine, consider taking the following steps:

As you can see many of these suggestions take a lot of time and effort. If you don’t have the time or effort to invest in putting Windows 10 through its paces with your digital forensic tools, consider sticking with an earlier, more stable and validated version of the operating system.  Most of these issues will likely be resolved in time.  But until then and by following these tips, you’ll save yourself a lot of heartache in the short term and avoid questions should they arise in formal legal proceedings.

About the Author:
Patrick Siewert is the Principal Consultant of Pro Digital Forensic Consulting, based in Richmond, Virginia.  In 15 years of law enforcement, he investigated hundreds of high-tech crimes, incorporating digital forensics into the investigations, and was responsible for investigating some of the highest jury and plea bargain child exploitation cases in Virginia court history.  A graduate of both SCERS and BCERT (among others), Siewert continues to hone his digital forensic expertise in the private sector while growing his consulting business marketed toward litigators, professional investigators and corporations.
Email:  ProDigitalConsulting@gmail.com
Web: www.ProDigital4n6.com
Twitter: @ProDigital4n6
Posted by Pro Digital Forensic Consulting at 11:11 AM