If it seems like the frequency of high-profile and attention-grabbing cases involving Electronically Stored Information (ESI) and digital evidence in the media are on the increase, you’re 100% correct!  ESI is ubiquitous – on our computers, on our phones, on our tablets and even in our watches and cars.  ESI can range from standard email to text messages to any other type of messaging service and from pictures to audio files to video and even the GPS data on your car’s navigation system.  It is, quite literally, everywhere!  So when an incident involving email or text messages arises, we naturally gravitate to the salacious nature of the ESI and the information stored on digital devices.  After all, we all use them!  In this article, we’ll explore some of the higher profile cases involving ESI and digital evidence and what considerations examiners should take in cases like these.  First up, a "no-brainer"…

Unless you’ve been living under a rock, you’ve heard in painful repetition about the alleged malfeasance of former Secretary of State Hillary Clinton and her once-private email server.  Indeed, I wrote about this case in abstract terms when discussing Ethical Sensitive Data Handling. But when we boil down the politics of the case, it involves ESI and digital evidence in their purest form.  Digital evidence examiners and investigators were required to sift through gigabytes (if not more) of data to determine what, if any, illegal acts took place.  And because it is generally humanly impossible to read each and every email amongst the thousands presented individually, the normal methodology would be to use e-discovery methods and key words to search for emails to and from individuals of interest and the content of emails which may contain certain key words. 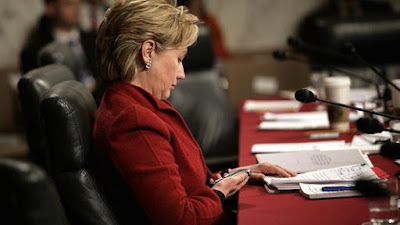 Regardless of all of the expertise at the digital evidence section of the FBI and other investigating agencies, a reported 30,000 emails could not be recovered.  This, perhaps more than any other factor involved in this case, has garnered the most high-profile attention.  Think about the irony of that for a minute – the data we don’t know about and can’t recover has garnered the most attention.  Undoubtedly, the value of appropriate, effective recovery methods for ESI cannot be ignored.

Are selfies considered ESI?  You bet!  Unfortunately for the legal profession in general, ESI generally gets pigeon-holed into two categories – email and text messages.  But Electronically Stored Information (ESI) can come in various means as this example and the following will show.  When former New York Congressman Anthony Weiner was exposed (pun intended) in 2011 sending nude pictures of his genitals to women he met online, it opened up a can of worms about ESI that perhaps hasn’t been fully explored.  While those pictures may not have been used as evidence in any court case yet, with the subsequent revelations of similar behavior (2013 & 2016), it’s almost certain they will be used in some sort of domestic case involving divorce and/or custody. 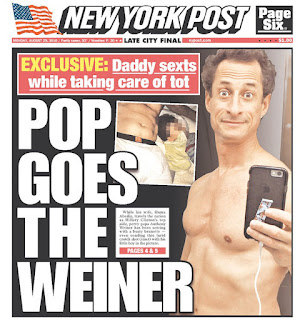 As I constantly tell investigators in both the private and public arenas, affairs are conducted via mobile devices, plain and simple.  Toward the end of discovering the evidence of those affairs, examiners should consider all areas where the evidence may be stored.  In this simple example, it can be stored on the primary (sending) device, the secondary (receiving) device and stored on the servers of the provider used to send the photos, such as iMessage (Apple), Skype, Twitter and so on.  The data is somewhere, it’s just a matter of articulating where it may be found and why you need access to it.

Law Enforcement Use of Body-Mounted Cameras

As touched-upon in the article linked here, the advent of police use of body-mounted cameras to help create an unedited view of encounters with the public has created a swell of a particular type of ESI and digital evidence, digital video.  Along with the ability to record virtually every encounter an officer has with the public comes the responsibility for safe, accurate storage and public access to the ESI, where appropriate.  These videos have already been used in a number of civil and criminal proceedings and their ubiquitous nature will only continue. 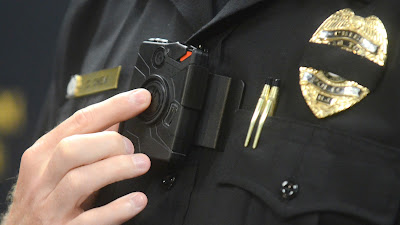 Fortunately, along with the explosion of this type of evidence, the market has adjusted and there are already at least one or two reputable digital evidence storage services for this ESI.  However, the volume of storage space needed to store millions of hours of digital video cannot be overlooked.  This evidence must be handled very carefully to ensure the purest form of the evidence is provided in legal proceedings and to belay any claim that the custodial agency manipulated or edited the video, beyond protection of innocent victims.

ESI is everywhere… In case you missed it the first time.  This article merely points out a few cases and instances where ESI either was used or could be used in future proceedings.  The goal here is to spawn those in the legal profession to start broadening their view of where ESI can originate and what is available in any case they may work.  However, once certain types of ESI are identified, only trained professionals should be charged with the acquisition and secure storage of this digital evidence.  Only then is the integrity of the evidence and the digital forensic process truly adhered to.

About the Author:
Patrick Siewert is the Principal Consultant of Pro Digital Forensic Consulting, based in Richmond, Virginia.  In 15 years of law enforcement, he investigated hundreds of high-tech crimes, incorporating digital forensics into the investigations, and was responsible for investigating some of the highest jury and plea bargain child exploitation investigations in Virginia court history.  Patrick is a graduate of SCERS, BCERT, the Reid School of Interview & Interrogation and multiple online investigation schools (among others). He continues to hone his digital forensic expertise in the private sector while growing his consulting & investigation business marketed toward litigators, professional investigators and corporations, while keeping in touch with the public safety community as a Law Enforcement Instructor.
Email:  ProDigitalConsulting@gmail.com
Web: www.ProDigital4n6.com
Linked In: https://www.linkedin.com/company/professional-digital-forensic-consulting-llc
Twitter: @ProDigital4n6
Posted by Pro Digital Forensic Consulting at 8:49 PM